The city is the capital of the Samegrelo-Zemo Svaneti region, which combines Samegrelo (Mingrelia) and Svaneti. The name “Zugdidi” means “big/great hill” in Laz and Mingrelian.

Zugdidi served as the capital of the principality of Mingrelia (Odishi) until 1867, when the principality was abolished by the Russian Empire. In 1993 the administration of the first President of Georgia, Zviad Gamsakhurdia, was here. 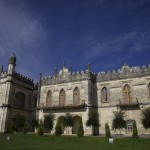 In 1839 David Dadiani founded his family’s museum. The museum is one of the oldest in the Caucasus region, and currently houses more than 41,000 items, ranging from the second millennium BC to the end of the 19th century AD. Some of the most interesting items include Napoleon’s death mask dated 1833, a Napoleonic library of several hundred volumes, private letters, and Napoleonic silver and chinaware. 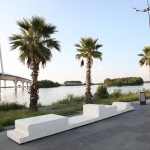 Ganmukhuri and Anaklia are two Black Sea resorts connected to each other by a 552 meter pedestrian bridge. The resorts attract tourists for their sandy beaches, peaceful boulevards, hotels, water parks, and yacht clubs. 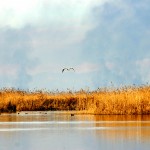 The National Park was created in order to protect and maintain the Kolkheti wetland ecosystems, which are of international importance. The Kolkheti National Park Administration offers boat tours on lake Paliastomi and river Pichori, as well as sport fishing, bird watching and eco-educational tours. Tours are carried out throughout the year. 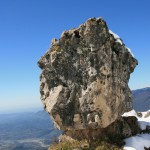 This rock stands on the limestone massif in Tsalenjikha – 27 kilometers from Zugdidi. What makes this particular place so special is that a simple touch of a human hand is enough to make this giant rock shake and create loud knocking sounds. Location: Tsalenjikha 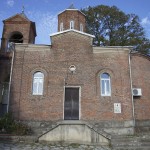 The Khobi Monastery dates back to the 13th-14th centuries, it is located in the village of Nojikhevi, some 30 kilometers from Zugdidi. The church is decorated with beautiful frescos and wall ornaments. During the middle ages the Khobi Monastery served as the seat of the Catholicos Patriarch of Georgia. This area is particularly attractive for tourist interested in archaeology. 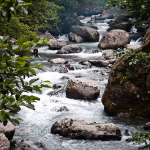 The resort is well-known for its mineral water “Skuri”, which has medicinal properties. Within the beautiful Skuri valley, you will also find the “White Fortress” dating back to the 1st–3rd centuries. 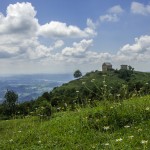 The Otsindale complex is situated 640 meters above the sea level, overlooking the beautiful Kolkhetivalley. The complex combines a church, which dates back to the 11th century, and a tower, which was constructed around the 8th century.

Shurubumu is an enchanting wonder of the natural world. The area is covered with lush green moss and thousand-year old buxus trees. You will also find a cave in the area, with numerous stalactites and stalagmites. 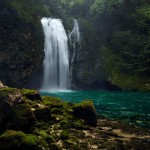 The cave is located within the basin of the river Instra; inside the cave you will find numerous stalactites, stalagmites and helictites. The water flowing out of the cave creates a 26 meter high beautiful waterfall. 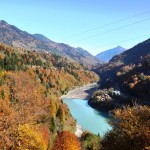 Inguri dam is the second highest concrete arch dam in the world. It was built in the 1970s as part of the Inguri Hydropower Plant. Location: north of the town of Jvari