Gudauri is the best ski resort in Georgia with well-developed infrastructure, the greatest difference in altitude, and unlimited possibilities for freeride and back country (ski touring). The resort is the highest settlement on the Georgian Military Road (the old name “Heavenly Gorge”) at the altitude of 2000 m. The season in Gudauri begins in late December and lasts till the end of April. From Tbilisi Gudauri can be reached in approximately 2 hours. Ski rental are located in several places: in the village of Lower Gudauri, and in the Upper Gudauri, near the station. 5 chair lifts (Doppelmayr, Austria) and one line of gondolas (POMA, France) makes available skiing and snowboarding along the southern slopes (57 km certified trails of various difficulty levels) at the altitude from 3250 m to 2000 m, with altitude difference of 1275 meters. Freeride is possible both along the trails near the ski lifts and in the neighboring area along the western and eastern slopes of the mountains Chrdili, Bidara and the northern slopes of Mt. Sadzele (Kobi Gorge). Adrenaline seekers also have the chance to try paragliding, speedriding (an extreme mix of skiing and paragliding) and heli-skiing. In Gudauri you can stay in cottages and hotels of different categories. Besides skiing and snowboarding enjoy spa treatment, take a steam bath, play billiard and bowling, try a wide range of Georgian wines. For travelers with children there are children’s corners, playgrounds, ski school. Also there are nannies and instructors services available on spot. For those who are interested in not just a ski holiday, but also cultural exploration and nightlife.

Snowbiking, tours at snowmobiles for adults and children: http://west-east-travel.com/en 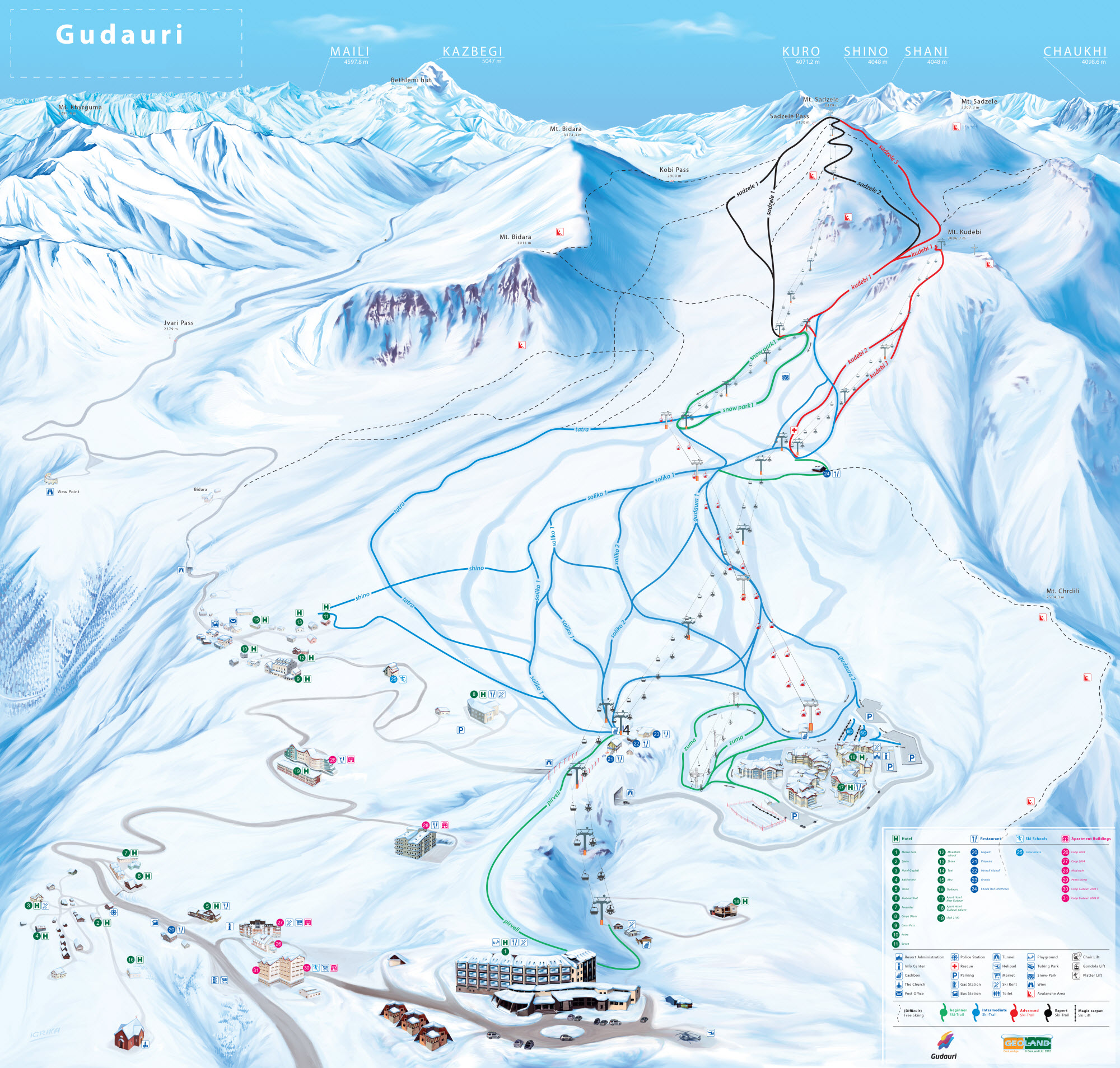