Kutaisi, the capital of Imereti, is Georgia’s second largest city after Tbilisi. Elegant, tree lined streets with 19th century houses stretching down to the banks of the Rioni River, along with several attractive parks, make Kutaisi a very beautiful place to stroll around and take in the many sights.

In the Jewish Quarter a number of synagogues demonstrate the long history of the Georgian Jewish community. The town’s largest synagogue, built in 1866, can seat 500 worshipers. The magnificent churches of Bagrati and Gelati – both UNESCO world heritages sites – testify to the importance of the region. 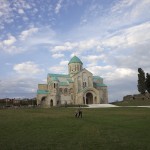 The construction of Bagrati Cathedral, named after Bagrat III – the first king of a united Georgia, started at the end of the 10th century and was completed in the early years of the 11th century. The Cathedral holds special importance in the history of Georgia as an architectural and cultural monument. 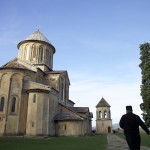 The cathedral is situated 11 km westwards from Kutaisi. The Gelati Monastery, with its main buildings erected between the 12th and 17th centuries, was an important religious, cultural and educational center of Georgia. The monastery complex is included in UNESCO’s World Cultural Heritage list and its architecture is well known for wonderful mosaics and frescos. King David the Builder, the most celebrated King of Georgia, is buried in the yard of the monastery. 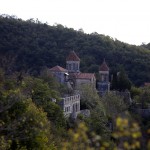 Motsameta Monastery is located 6 kilometers from Kutaisi. The present day church dates back to the 11th century, but historic records show that a church was constructed in this spot as early as the 8th century. Motsameta attracts crowds of tourists with an ancient superstition: if one crawls three times under the ark and makes a wish while touching the hallows, the wish will come true. 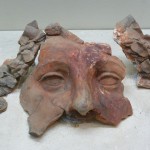 Kutaisi State Historical Museum was founded in 1912 and houses over 200,000 artifacts. 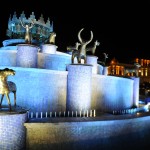 5. Historical district of the city 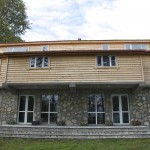 This museum holds the majority of the archeological discoveries from the site of Vani. In 1987, the Gold Reserve was opened within the museum, which preserves the unique pieces created by Vani’s ancient goldsmiths. The exhibition also displays architectural materials, as well as unique bronze figures and their fragments. 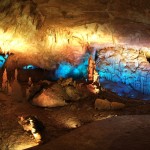 Sataplia Nature Reserve is located 6 kilometers North-West of Kutaisi. Here you can find preserved dinosaur footprints and a beautiful cave complex featuring numerous stalactites and stalagmites. Within the area of the reserve there is a museum and a glass walkway overlooking breathtaking natural scenery. 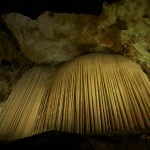 Prometheus Cave is located 40 kilometers from Kutaisi near Tskaltubo. The cave is one of the most popular destinations in the region, and includes various types of stalactites, stalagmites, curtains, petrified waterfalls, underground rivers, and lakes. Each cave in the cluster of six differs significantly from each other in scale and the unique shapes of petrified flowstones found within. Here you will also have a chance take a boat tour though an underground lake. 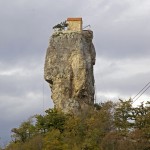 Located 60 kilometers from Kutaisi; in the village of Katskhi, the Pillar is a natural limestone monolith. It stands 40 meters tall, overlooking the surrounding river valley. There is a small church and a clergy house on top of the Pillar. 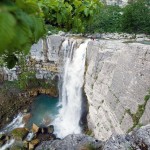 Okatse Canyon is situated in the village of Gordi, some 42 kilometers from Kutaisi. The length of the canyon is about 16 kilometers, its width ranges from 10 to 15 meters, and it is about 50 meters deep. Along the canyon you can find several waterfalls, one of which measures 70 meters high.