The original fortress, constructed on a hilltop, was named Gori (meaning hill in English), and was mentioned in the Georgian chronicles as early as the VII century. Some historians believe that the fortress was built by Byzantine Caesar Heraclius to store ammunition battles against the Persians.

Just after the XI century the area became an active center for trade. According to some historians, this was due to David the Builder founding the town. Because of its geographical location, enemies frequently targeted the fortress, as conquering it enabled control of the whole Shida Kartli region. The fortress has been invaded many times and controlled by Ossetians, Iranians and Persians, amongst others. The stronghold has been repeatedly destroyed and rebuilt.

The current iteration of the fortress was built in 1774, during the reign of Erekle II, but was significantly damaged by an earthquake in 1920. The Stalin Museum includes the memorial house where Joseph Stalin (1879-1953) was born, a museum building with a tower, and Stalin’s personal train car he used to visit Tehran, Yalta, and Potsdam. There are many unique exhibits displayed here, including personal belongings and collections of paintings, photos, films and other important historical artifacts. 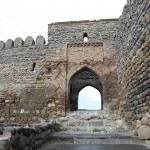 The historic fortress stands on a rocky hill in the center of Gori. The ruins on the northern slope and the archaeological findings indicate that there was a fortress here as far back as the I century BC. In historic manuscripts the fortress is first mentioned in the XIII century as “Gori Prison.” 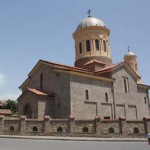 The temple was built as a Catholic church between 1806 and 1810. In 1920, it was heavily damaged by an earthquake. During Soviet times, Gori’s Music School was situated in the church. The building was handed over to the Georgian Orthodox Church in the 1990s. Currently, Samtavisi and Gori Cathedral belong to the episcopacy.

The museum was founded in 1935. Currently, it houses more than 48,100 exhibits, including: handcrafted metal masterpieces, paintings, decorative sculptures, heraldic artifacts, unique Colchis silver coins (the only ones in the former USSR), coins dating back to the time periods of Queen Tamar and David Narin, ancient Eastern coins, epigraphic monuments in Georgian and Arabic languages, collections of manuscripts in the Georgian language, a vast photo archive, and many more attractions. 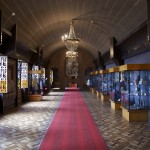 Soviet leader Joseph Stalin’s Museum was founded in 1937 and contains 60,000 exhibits. The museum includes the memorial house where Stalin is believed to have been born, an exhibition building, and Stalin’s personal train car, in which he traveled to Tehran, Yalta and Potsdam. The museum also houses Stalin’s personal belongings.

A church complex and local resort, located at an altitude of 600 meters. Low mineralized hydrosulfite, hydrocarbon-chloride and sodium mineral water are used to prepare special therapeutic baths. The baths are used for treatment of musculoskeletal system issues and gynecological diseases; they also have a positive effect on the nervous system. The season for the resort usually runs June through September. 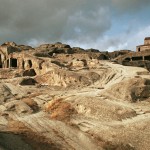 Uplistikhe is a rock-hewn city, located just 10 km east of Gori, on the left bank of the river Mtkvari. One of the oldest settlements in the Caucasus region, Uplistikhe is first mentioned within the pages of history in the VII century. Uplistiskhe and its surrounding archeological and architectural monuments belong to a distinct group, the oldest of which dates back to the early Bronze Age, and are considered to be relics of the Kura-Araxes culture. 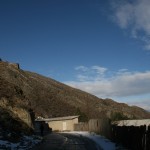 The village is located 6 kilometers from the town of Gori. Here you will find several important historic monuments, including: Vere fortress, the Church of Saint George, Vere Church of the Virgin Mary, the Green (Transfiguration) cathedral, Tsedisi Fortress, and other architectural monuments. 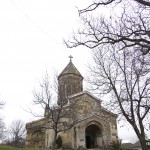 The cathedral dates back to the VIII-IX centuries and is located 7 km from the town of Gori. According to sources, it was built by King Vakhtang Gorgasali. Despite the fact that the original structure of the building was not preserved, the VII century architectural style can easily be identified when looking at the building. Ruisi is associated with a number of important political events of the feudal age. Within the walls of this church, George II (1072-1083 AD) was crowned the King of Kartli. During this time, Ruisi was the capital city of Kartli. 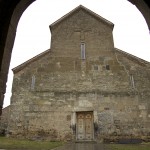